The history of Lilies Garden

In 1820, in a small village in France, the young Lilies was born, the daughter of a gardener and motherless.

When she grew up without a mother, her father protected her super and being an only child, because the little girl had to use her imagination more since she had to play alone, that is why she was cultivating her creativity and her great passion for flowers and flowers. herbs. She was experimenting and discovering healing powers of them, and in the small garden of the house that she lived with her father; she started planting some kinds of herbs.

Naive and at the same time mature with a lot of sense of responsibility, the young Lili always thinking of doing good, while her father would do everything to see her happy since she had no mother, however, she thought the same towards her father, they actually protected each other. 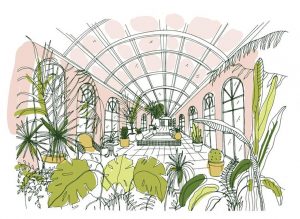 Right next to the garden they had a small greenhouse, much of it glass. There she, with the help of her father, managed to assemble four tables with old timbers and rusty nails with the intention that her first clients could sit down and drink these magical infusions.

Little by little she was decorating this little place, every day more beautiful. Young Lili prowled the markets where she could find cups, plates, cutlery etc. And she was decorating it with that special art that she had, everything very fine, it really became a very cozy place.

In one part of this small room there was a reserved area with some very fine cups and in between a doll that her mother had made for Lili before she was born. For Lili it was one of the most important things in her life, keeping this precious doll since it was the only thing she had from her mother that she never knew.

In no time, distinguished well-dressed couples began to come and it began to become a very friendly and welcoming place. Lili was beginning to feel proud of herself, she couldn't believe that things were going so well for her in terms of decoration and acceptance of infusions. This small non-profit business started to do very well. But one damn day the inevitable happened, her boyfriend, quite jealous of her, entered this small establishment and found a scene which for him was terrible. He could see how young Lili appeared to be flirting with a customer; Without a word the immature boy began to break everything. To the shame and disappointment, Lili ran out of the place and into the nearby forest.

Lili's father after that disaster, the first thing he did is go to the doll and remove it before someone took it, lamenting what happened saying: why? My daughter has never hurt anyone, why do these things happen to her? He simply jealously guarded the doll in her home, never imagining that he would ever see her daughter again. Later, her boyfriend finds out that this boy was a cousin of hers and also a homosexual. Several hours passed and Lili did not appear. Actually, she never appeared again, no matter how much they looked for her, no trace of her ...

Her boyfriend always thought that she was alive but hidden and that she would not appear out of fear. That she had simply gone to another town or a nearby village with some other relative.

After a few months, Antoine, her boyfriend, restored the little tea shop, turning it into a very wonderful place again full of flowers with the finest crockery etc., something very special with the intentions that she would return. Later in this wonderful room you could feel the presence of Lili. Customers said they saw as shadows, but no, they saw people, they just didn't understand what was happening. However, these energies made them feel good. When Antoine heard these comments, on the one hand, he was disappointed and on the other he was happy at the idea of ​​feeling that Lili had somehow returned. But there was a curse possibly made by Lili's grandmother.

Two years after setting up the salon something happened to have to close. It was a punishment for young Antoine. While Antoine in his mind heard a voice telling him to try elsewhere, he did, and rode one after another. What Antoine did not know is that this curse would occur every two years and so on, and so many Lilies Garden have been assembled. And the same would always happen.

Antoine died in hopes of finding Lili somehow. The years passed and the tradition of continuing to ride Lilies continued, by relatives of Lili on the part of her mother, who she never knew in life. The enchantress of that town in France predicted that the curse would end when a Lilies was mounted on an island near Africa. The villagers assure that that Sorceress was always right in what she said and also predicted that Antoine would find peace in that Lilies of the island and there he would rest forever and at night he meets Lili to live in spirit what they did not live in life.

Currently in Lilies Garden you can feel the presence of some kind of energy according to the clients comment, every time you enter Lilies, you can feel a tranquility and peace, something that cannot be described, something magical.

Currently this has been ridden by Lilie's blood descendants, it has been done on impulse without knowing what was actually being ridden. Even after having finished it and seeing the finished work, this person realizes that he can't stop creating things for Lilies Garden. And according to the sorceress, it will not be the last. The next one according to the sorceress will be a great potion of earth with many gardens outside the urban area. It has also been happening for a long time, that in almost all the previous Lilies, a client dressed in a white linen dress and a hat has been visiting, pale looking and elderly, with a shy and mysterious voice, as if was absent, in the case of this Lilies.

The truth is that a client with these characteristics has come, at least three times in just over a year. Chance? It is not known. According to the French witch she also said that Lili's grandmother was always present as inspecting each place to see if it is good enough for her granddaughter, like a Guardian Angel.

There is another regular client of Lilies Garden who says she has dreams almost daily, she always dreams of the same thing, she is sitting in a place very similar to Lilies Garden and she sees the same scene; to a young boy giving a bouquet of lilies to a beautiful girl, with tears in her eyes and staring at her as if sorry for something she has done. She also looks at him with sadness and wanting to forgive him, it is seen that she is very much in love but hurt, at the end of the dream he kneels, the young woman looks at an old woman dressed in white, and there our client wakes up.

A few weeks later, the client tells us that she had a different dream; This time the young man kneels, the older woman approached the young girl and said: it is your decision, only you know your heart, he has been fighting for you for more than a century, in my opinion it is time. And from this last dream, after closing Lilies at night, when the waiters have stayed after twelve, they hear voices but they cannot distinguish what they say, only voices like whispers and shy laughter. Usually waiters are not afraid of these experiences, but they do ensure that they never find the place in the same way as they had left it.

On one occasion they found a doll in one of the chairs, the waiter who found it remembers that in that chair sat that mysterious pale-faced customer. Arma this same waiter that when he took this doll he felt rather pleasant chills. Today the doll is kept in a box in the teapot. Normally the few people who have seen the doll so far have stared at it without saying anything for a few seconds as if time stopped, rather like going back to the past and the most sensitive people say that they feel nostalgia and joy, wanting to cry but feel great.

In some cases there have been people who have experienced a change in their lives, they have entered a state of peace and everything begins to go well for them. What was a problem has turned into a positive situation. On one occasion a client asked us if she could touch the doll, we approached it and she touched it and burst into tears, while she told us that she felt sadness for a brother she loved very much but had not spoken to him for more than 20 years , for familiar motives.

She only said while she cried with a desperate and sad face: my poor brother, my poor brother. The lady stayed a few more hours in the tearoom, our surprise was when just at the table next to the lady, an older couple appeared …… the man of this couple was surprisingly her brother; they stared at each other and began to cry like little children… .the two blamed themselves for not having taken the step many years before. 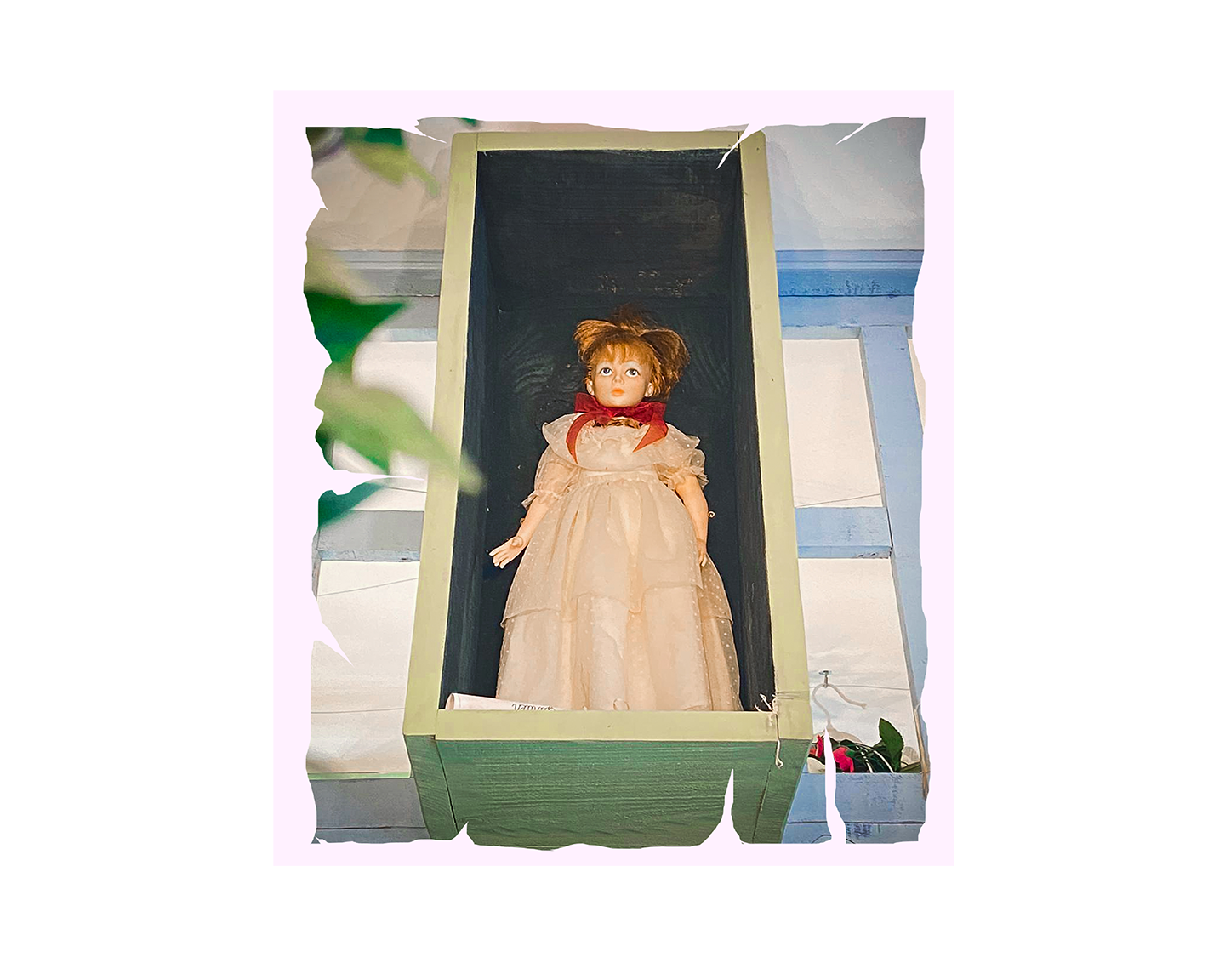